The conference was attended by over 120 domestic and foreign experts in mining and geology, as well as representatives of the Ministry of Mining and Energy of the Republic of Serbia. 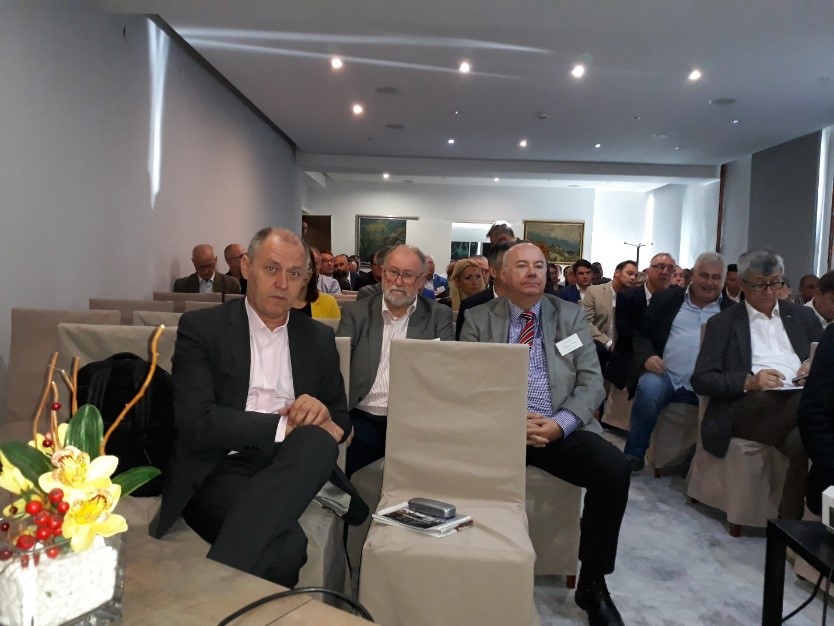 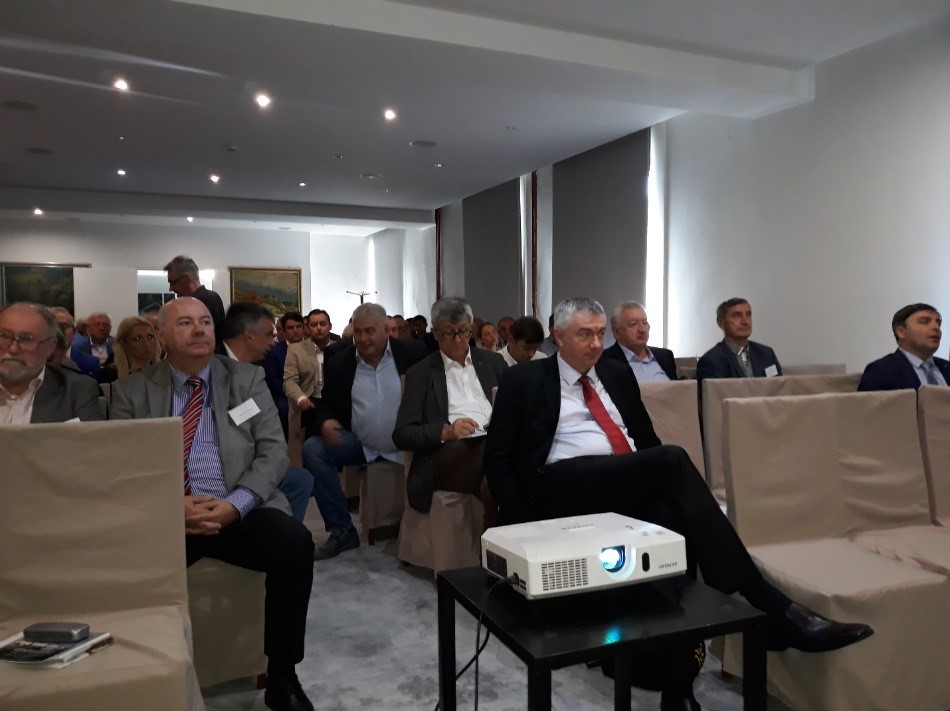 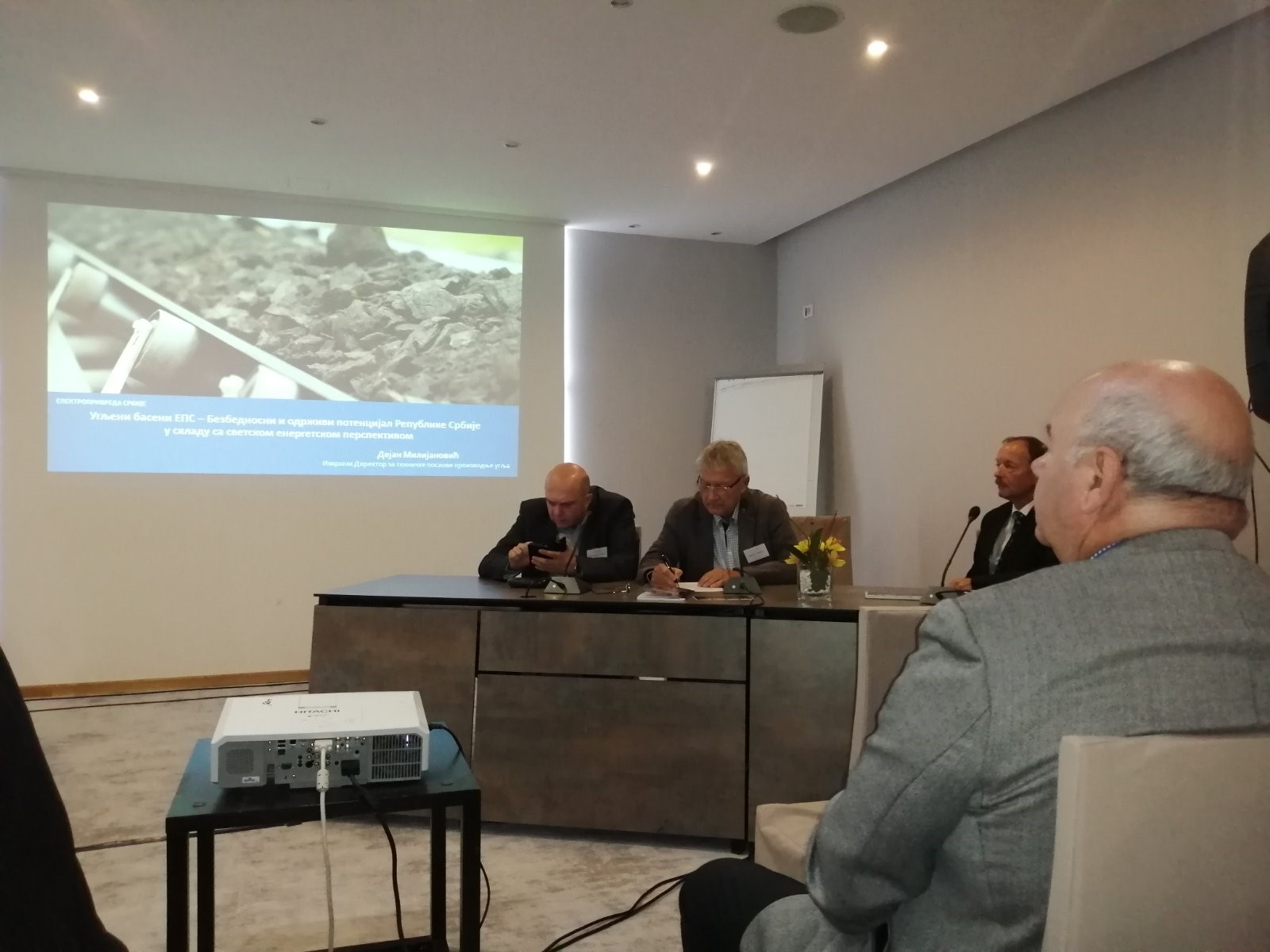 Chairman of the Conference

The participants were first addressed by the Assistant Minister of Mining and Energy of the Republic of Serbia, Mr. Ivan Janković, B.Sc. eng. mining. He first greeted everyone present in front of the relevant ministry and on his own behalf. 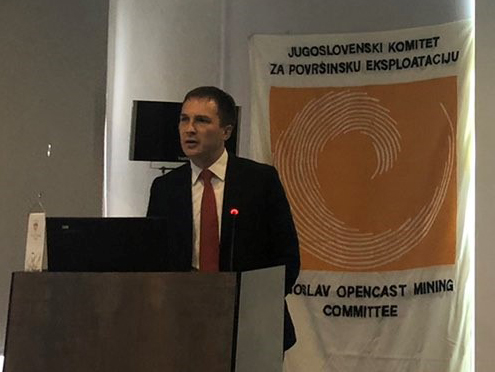 He emphasized that he was glad to see that a large number of eminent experts from mining and geology, from the country and abroad, had gathered. He also pointed out that he was especially glad to see a large number of colleagues from the Electric Power Industry of Serbia, RB Kolubara and TE-KO Kostolac, who are also engaged in coal exploitation, and who is the most important energy source in the Republic of Serbia.

He said that the Ministry of Mining and Energy is fighting with all available forces in order for the Republic of Serbia to meet the requirements of the EU, ie to provide 27% of electricity consumption from renewable sources by 2021. It is succeeding in that, and the opening of wind farms, as well as the construction of new hydroelectric power plants speak in favor of that.

He also mentioned that the Ministry of Mining and Energy treats coal production at home, that is, to advocate for sustainable management of coal exploitation. He stated that coal is the most important strategic energy raw material for the Republic of Serbia, as well as that coal is a great potential for the socio-economic and economic development of the Electric Power Industry of Serbia and the Republic of Serbia itself.

He thanked the organizers for their great efforts and managed to organize this international conference for the ninth time in the last 18 years, which will feature numerous papers in the field of coal exploration and exploitation, both in the Republic of Serbia and in the region, and by God and leading countries Saint.

In the end, in front of the relevant ministry, he wished the attendees a pleasant stay on Zlatibor and successful work at the 9th International Conference COAL 2019, which also opened the conference. 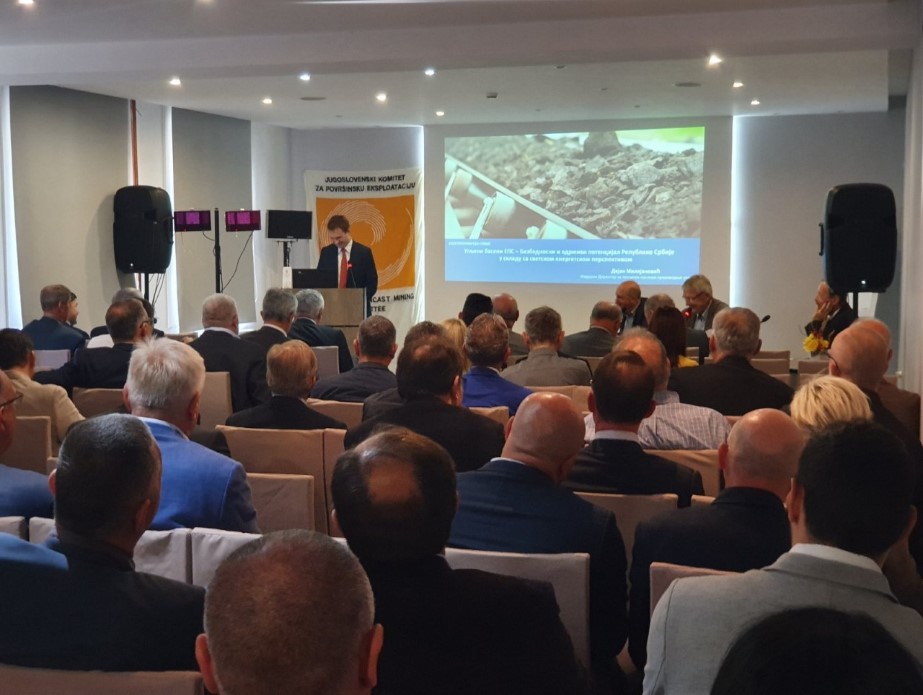 Address by the Assistant Minister of Mining and Energy, Mr. Ivan Janković

This was followed by an address by the Executive Director for Technical Affairs of EPS Coal Production, Mr. Dejan Milijanović, B.Sc. eng. mining. After greeting all those present, he spoke about the coal basins of EPS, as a security and sustainable development potential of the Republic of Serbia in accordance with the world energy perspective. 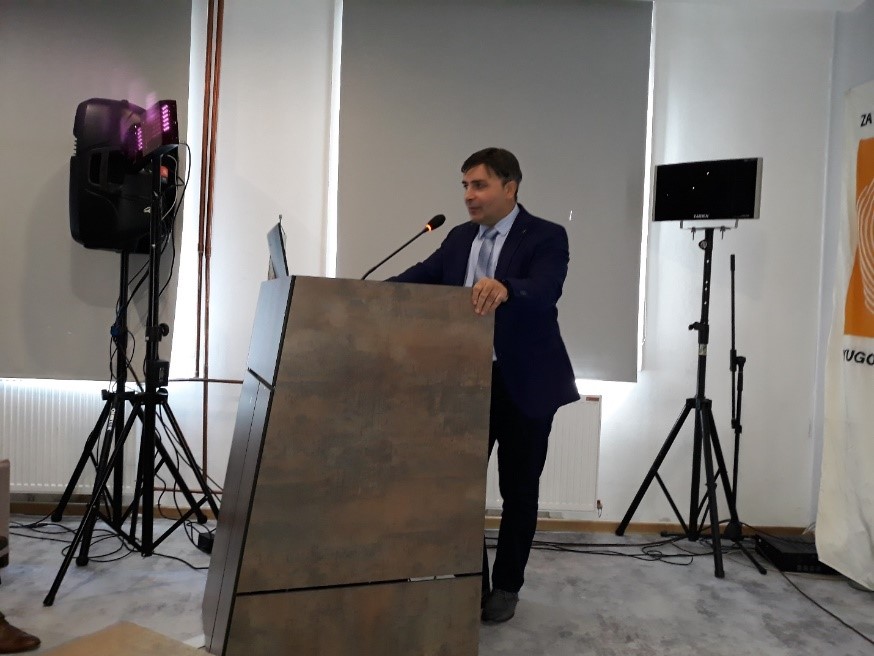 He said that coal resources are of exceptional importance for the development of energy and the overall economy of the Republic of Serbia, as well as that they are the most important domestic energy potential, because they participate in the structure of total primary energy reserves with about 85%. He also mentioned that the most significant coal resources are located in the Kolubara and Kostolac basins, from which about 40 million tons of coal are obtained by surface exploitation per year, on the basis of which thermal power plants produce about 4,300 MW of electricity per year. He reiterated that safe and stable production of coal from the EPS basin is a key support and precondition in achieving the balance of electricity production, energy security and development potential of the Republic of Serbia. Finally, he referred to the fact that long-term energy development programs in Europe and the world indicate that sustainable energy supply and the way out of global poverty, based on coal, is the world's largest, cheapest and evenly distributed primary energy source.

President of the Association of Mining Engineers of Germany, prof. After greeting those present, Dr. Carsten Drebenstedt spoke about the status of coal production in Germany.

Prof. Dr. Vladislav Kecojevic from West Virginia University (USA) also greeted those present, and then gave an overview of coal production in the United States in the last ten years. 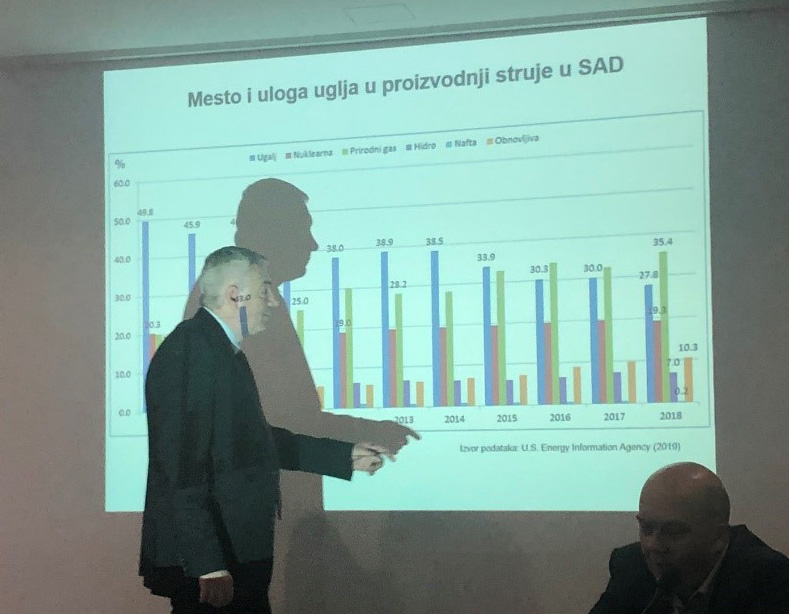 Prof. Kecojevic said that in 2008, coal participated with 49.8% in the production of electricity in the United States, while gas participated with 20%, and renewables with 2.5%. In the next 10 years, the share of coal in electricity production has been constantly declining, so that in 2018 it amounted to 27.8%. However, the share of gas gradually grew, so in 2018 it amounted to 35.4%. The share of non-renewable sources also grew, so in 2018 it amounted to 10.3%. He stated that electricity is the cheapest in Argentina ($ 0.01 per 1 kWh), and the most expensive in Germany ($ 0.33 per 1 kWh). In the USA, the price of electricity is $ 0.13 per 1 kWh. During 2008, 1,063 million tons of coal (1,435 mines) were produced in the United States, while in 2018, 685 million tons (666 mines) were produced. In the last 10 years, 769 coal mines have been closed in the United States. Prof. Kecojevic said that coal mines in the United States are closing due to the availability of cheap natural gas, increasing the share of renewable energy and reducing the emission of harmful gases. In the end, he stated that US coal enables energy independence, because there are large amounts of reserves.

Stephen Frankland, B.Sc. eng. mining from Great Britain spoke about the technical assessment of the evaluation of coal mine projects, while Pavloudakis F. from Greece spoke about the economic and social assessment of the impact of decarbonization in the area of the coal mining basin Ptolemy in Greece. Prof. Pavel Ribar from the University of Košice in Slovakia spoke about mining tourism, as well as the conversion of mineral deposits for the needs of mining tourism.

During two working days, about 35 oral presentations of scientific and professional papers were held. In the accompanying program of the Conference, through presentations and presentations, several domestic and foreign manufacturers of equipment and software, hardware and technological solutions in the field of mining and geology took part.

Within the Conference, a Round Table was held with the topic Challenges of sustainable development of coal exploitation. The work of the Round Table was led by prof. Vladimir Pavlović, who gave a presentation at the very beginning. After the presentation, a large number of participants discussed.

In the end, all participants agreed that in relation to sustainable coal exploitation, there are a number of problems related to highly variable environmental, economic and social components that participants in the process would have to solve in a coordinated and joint effort, primarily through:

From this Conference, the Collection of Abstracts was printed, as well as the Collection of Papers on CD, in which 39 scientific and professional papers in the field of geology, mining, environmental protection and management, related to coal, were published.